One of the world’s most prominent wildlife filmmakers and presenters, Gordon Buchanan has been filming wild and wonderful creatures in remote areas of the planet for over 30 years, capturing film across every continent apart from Antarctica. His numerous captivating and award-winning wildlife documentaries, from The Cheetah Family and Me and Snow cats and me, to Animals with Cameras and Into the Wild, are ubiquitous on our TV screens, here in the UK.

I spoke to Gordon last week, the sound is a little bit echoey – we joked he could say he was talking to us from a cave somewhere in the wilderness but he was actually in his home in Glasgow!

And this episode is one of my very favourites – I’m often asked who is the nicest person I’ve interviewed for the podcast and to be honest all my guests have been truly lovely but Gordon is just so delightful, I’m his new biggest fan. His travel diaries take us from his childhood, growing up on the remote Scottish island of Mull, to his first job in Sierra Leone; close encounters with wolves in the arctic and discovering a new species of giant rat in Papua New Guinea. That and so much more, coming up.

Gordon will be on tour in January and February 2022. Buy tickets for “Gordon Buchanan – 30 years in the wild – The Anniversary Tour” here.

Another big thank you to the British Airways American Express Card for their support of today’s episode. 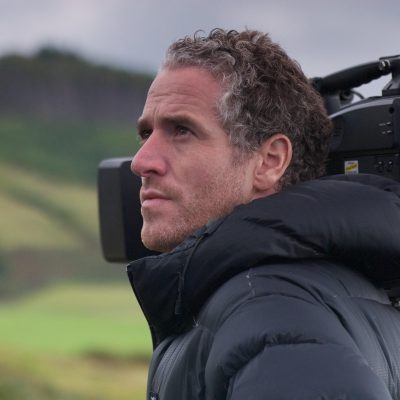