On today’s episode, I’m joined by the multi-Grammy winning singer, Gregory Porter. Gregory’s was originally set to become an American football player, and it wasn’t until he turned 40 that his rich jazz baritone caught the attention of industry bigwigs and subsequently, jazz heads around the world. His major label debut Liquid Spirit went on to become the most streamed jazz album of all time. He’s played Glastonbury’s Pyramid Stage, sung for the Queen and prior to Covid was travelling over 200 days a year, playing to his adoring fans around the world. So with all that travel and all those miles covered, it’s no surprise that today’s episode is a long haul, feature length episode.

Gregory joins me from his home in California, and this is a really touching, personal, evocative episode. Gregory says it’s like therapy – he remembers his travels so vividly, and each destination is full of emotion as he describes it to us. We’ll go on a journey from the West to the East coast of the United States, across Russia on the Transiberian Express and to a secret French island that I’d never heard of, which is now firmly added to my travel wish list. Oh and he serenades us not once but twice on this episode, so prepared to be soothed by that velvety voice!

Gregory Porter’s album All Rise is out now.

To hear future episodes as soon as they’re released don’t forget to hit subscribe on your podcast app of choice.

If you can’t wait until then, there’s always the first three seasons to catch up on, from Michael Palin to Rick Stein, and Sir Ranulph Fiennes to Dev Patel. 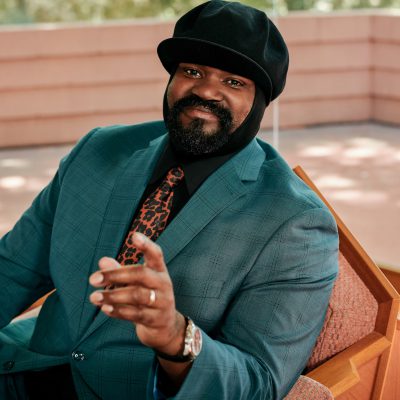