Today, I’m joined by the sportsman, adventurer and double Olympic gold medallist, James Cracknell. We first got to know James as part of the coxless four rowing team, alongside Steve Redgrave, that won gold at the Sydney Olympics. Several world titles later, James went on to take part in countless feats of endurance, from becoming the highest ever placed Brit to run the Marathon des Sables, the hottest hardest race in the world, to rowing the Atlantic in a two man boat, and racing to the South Pole with his friend Ben Fogle, who you might have heard on the podcast earlier this season.

Then, in 2010, James’s life was turned upside down. While cycling in a race across America, he was struck by a lorry and experienced a serious brain injury that left him in a coma. As we discuss, his journey to recovery has been anything but straightforward, but his story is one of sheer determination and resilience, ultimately leading him to return to university – Cambridge, no less – where he became the oldest ever winner of the famous Oxbridge boat race.

Travel has been hugely important to James. Of course he’s spent a lot of time on some of the world’s most beautiful lakes and rivers – and I love being by the water, so I really enjoyed hearing about those. And his Slovenian hidden gem is a spot that I’ve now added to my travel wish list, and I’m sure you might do too.

Thank you so much for listening. If you haven’t yet left a rating or a review, why not do so now? Your support is so greatly appreciated and most importantly, helps others to discover the podcast.

Don’t forget to hit subscribe so that every week a new episode will appear in your library.

To find out who’s on next week’s show, come and find me on Instagram. I’m @hollyrubenstein and I’d love to hear from you. And visit TheTravelDiariesPodcast.com for everything else podcast-related.

To find out more about Lanserhof at the Arts Club and Lanserhof Sylt, visit https://www.lanserhof.com/en 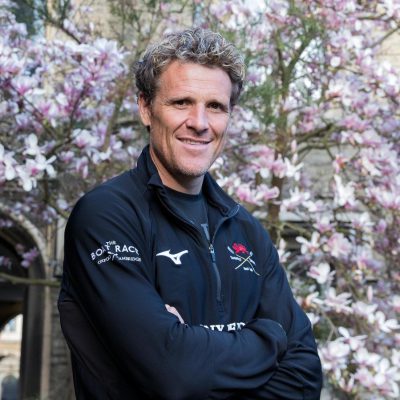