He’s graced our screens, and lined our bookshelves for over 25 years, cooking up cuisine from all over the world. Fish is his great love, served in his restaurant empire from Padstow, Cornwall to Sydney, Australia.

Along with his travel diaries, we talk about the very surprising career path he originally pursued that had nothing to do with food; how the loss of his father led him on a real voyage of self discovery; and he reveals which destinations he’s tipping for this year’s culinary hit list. All that and more, coming up.

Rick Stein’s Secret France is out now and his accompanying TV series is on BBC iPlayer. 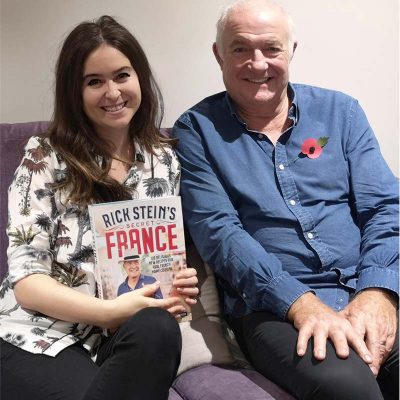