Today, I’m joined by the much loved actor and comedian, Sanjeev Bhaskar. Following a late arrival into comedy, Sanjeev was catapulted to stardom in the comedy series Goodness Gracious Me, and later The Kumars at No. 42, both bringing the British Asian experience to the masses to international acclaim.

This success, which has led to decades of movie and TV roles, has taken Sanjeev all over the world. India, of course, is a big feature today – Sanjeev has filmed documentaries and written books about the country, where some of his family still live. From Delhi and Rajasthan to Shimla and Darjeeling, Sanjeev paints a wonderful picture of such a diverse and exciting country.

He transports us to the American city he first fell in love with, his European all time favourite and we chat about the new season of his hit ITV show Unforgotten, which is back for its fourth season.

Unforgotten Season 4 airs on Monday nights on ITV at 9pm.

To hear future episodes as soon as they are released just search for The Travel Diaries on your podcast app of choice, and hit subscribe.

If you can’t wait until then, there’s always the first three seasons to catch up on, from Michael Palin to Rick Stein, and Sir Ranulph Fiennes to Dev Patel.

Thank you so much for listening, and I’ll be back next week.

Today’s episode was recorded during the UK’s Covid-19 lockdown. It was produced by Holly Rubenstein. 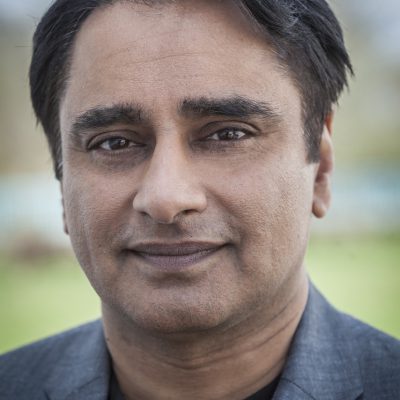