Yotam had always been expected to follow his parents into the world of academia, and it wasn’t until he turned 30 that he decided to follow his true passion for food, enrolling in the prestigious Cordon Bleu culinary school in London.

From there, he became a pastry chef in some of London’s top restaurants before meeting Sami Tammimi, a Palestinian chef who became his business partner. They created a small deli in Notting Hill called Ottolenghi. The rest, you could say, was history. Yotam’s signature mix of Middle Eastern and Mediterranean flavours, showcasing mainly vegetables, soon became a sensation, sparking what can only be described as a culinary movement – plates were now about sharing and the rising popularity of ingredients like pomegranate seeds, sumac and tahini in British supermarkets was dubbed “the Ottolenghi effect”.

Now, he’s the owner of six delis and restaurants, a Guardian columnist, TV presenter and he’s back with his 8th cookbook, Flavour.

As you’ll hear in this episode, Yotam won’t visit a destination unless it has great food, and his food is continuously inspired by his extensive global travels. And so, his travel diaries are also food memory diaries, and they’re sure to make your mouth water.

From Israel and Bali to Greece and Mexico, here are the travel diaries of Yotam Ottolenghi.

Thank you so much for listening. If you haven’t yet left a rating or a review, why not do so now? Your support is so greatly appreciated and most importantly, helps others to discover the podcast.

Don’t forget to hit subscribe so that every week a new episode will appear in your library.

To find out who’s on next week’s show, come and find me on Instagram. I’m @hollyrubenstein and I’d love to hear from you. And visit TheTravelDiariesPodcast.com for everything else podcast-related.

Head over to TheThinkingTraveller.com/traveldiaries to book your dream villa holiday. 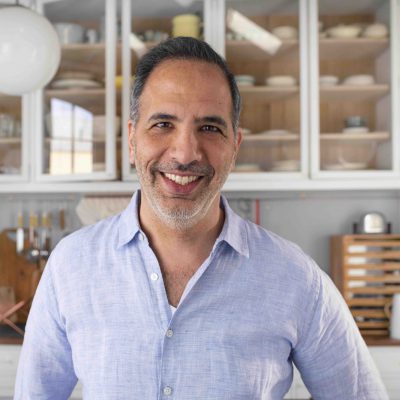